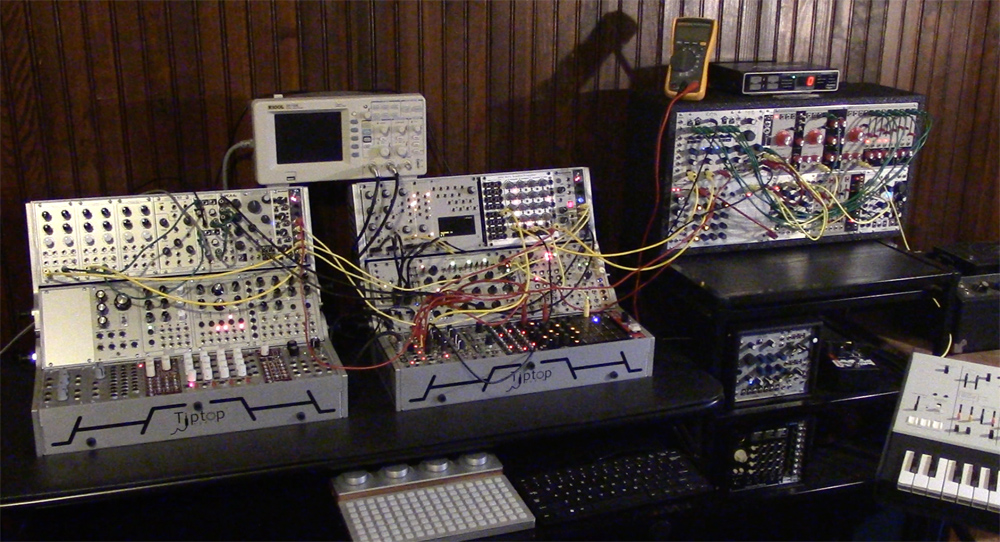 I know I’ve been quiet, but I have not been lounging by the pool.

I’ve been quite busy buying and selling (mostly selling) studio gear (mostly modular) to try and find a manageable system for my next songs album.

I have an idea for the sound, but it isn’t 100% there yet. I have some song ideas, but none are 100% finished, still I’m keen to get started in earnest. I know who I want to produce but I’m not sure I can make it happen…
One way or another I will be integrating my synthesizers and modular system with a band / ensemble / orchestral sound.

I have spent an awful lot of time over the last 6 months fine tuning and streamlining my modular so that I can use the same system in the studio or on stage. I’m almost there…

Here are a few of the changes –

I have sold my Dave Smith polysynths since getting my old Nord Lead mk I back from my son Will. I’d forgotten how much I love it…
My midified MiniMoog is for sale here.
I’ve added a new ARP (Korg really) Odyssey. 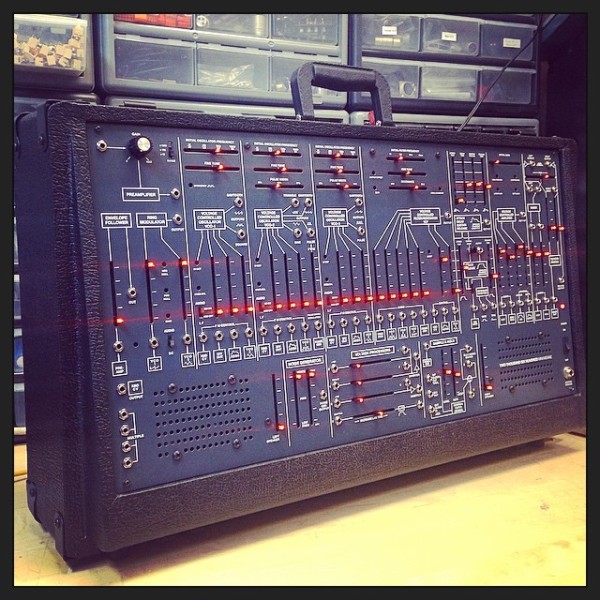 My Eurorack modular had become too large to manage and I’ve sold maybe 40% of it, now my Ocillators are either Modcan, Make Noise, Noise Engineering, SynthTech, or Verbos. I sold the others. I have added a Monome grid and Teletype based system to the heart of the sequencing system along with modules by Make Noise and TipTop and Doepfer.
My old friend Bruce and I have even designed an alternative firmware for Expert Sleepers Disting, effectively creating our own module – www.synthtopia.com

What I am missing with that system is the ability to sequence chords. What I’ve been wanting to have is something similar to what I used to make Plastic Wood 15 years ago… much of that was done in real time with an Oberheim Echoplex audio looper. Except this time around I wanted to be able to loop real time midi data… I had no idea how difficult it would be to configure a system to do this. I wasted hundreds of hours (I’m guessing) looking for a hardware solution and I didn’t find one.

So a couple of days ago I started investigating software options, still slim pickings, but I have found a Max 4 Live plug in (called Loopo) which allows me to play in real time (no tempo defined in Ableton Live) and create loops which then define the project tempo. This is progress.

I still don’t know how this will work out as I’m only two days into it, it may be full of bugs, but I have a little good news – I hadn’t worked seriously with Ableton for 5 or 6 years and the last time I bought hardware to interface with it was maybe 9 or 10 years ago… so I expected that none of it would work anymore and I’d need new control surfaces (more $$$) but looking at an Ableton doc I noticed that the Frontier Tranzport I bought in 2005 was still supported by the latest version of Live even though Frontier discontinued it in 2008… long story short it still works as does my Logidy USB pedal, and the numerical keypad I use annually for accounting also works, so total upgrade cost = $0.

As is often the case, the first try with a new keyboard, or a new guitar tuning, any new method of working like this, yields exciting results. The piece below may well be worked upon further and integrated into a song. Or not…